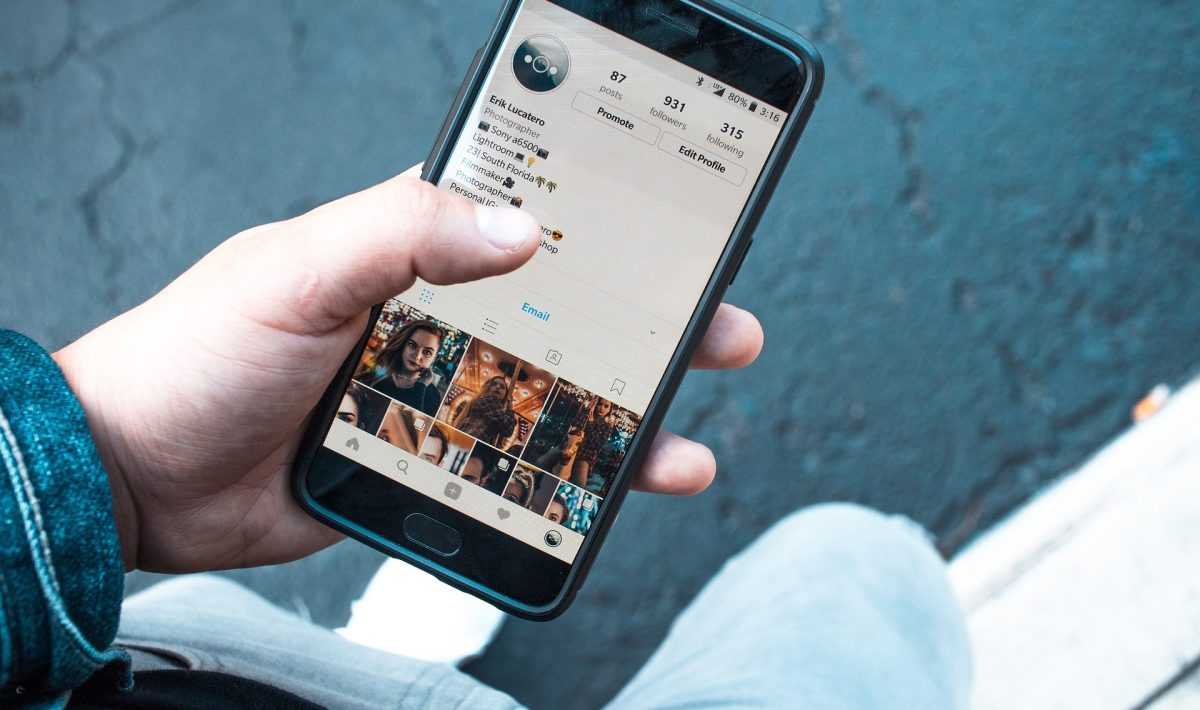 Cyberbullying is a new phenomenon that refers to the willful and repeated harm inflicted to a target victim through the use of computers, cell hopes or any electronic device (Hinduja and Justin 539). In the present day, teens have a greater access to technological mediums as compared to past. Over the recent years, the use and access to technological devices have increased resulting in increased internet use among teens aged between 10 and 17 years. The lack of adult supervision has created an opportunity for social media and cyberspace to become hot spots and mediums of bullying by many teens across the world (Kowalski, Robin, and, Susan 25). Despite the fact that teens could use the different available forms of technology for class work purposes, improving their academic skills, gaining exposure to new ideas, the same technologies have been used as mediums of tormenting other individuals. Social media cyberbullying has been associated with detrimental consequences as compared to the traditional forms of bullying. Some of these consequences are because the perpetrators can quickly identify their target victims online at any time. Such form of bullying could lead long-term psychological consequences on either the victims or perpetrators.

One of the major cause of social media cyberbullying amongst teens is the anonymous environment on the internet. Social media as an online platform provides an anonymous condition making it possible for teenagers to bully each other while concealing their identity. Teenagers also take part in cyberbullying as a way of trying to show that they are powerful. Social media cyberbullying are always on the edge of trying to control others and making others fear them and will stop at nothing to achieve such power and control. The need to have power and control other is because teachers always control teens at school and parents at home, which results in them developing a strong rebellious mind so that they want to have control over others. Another reason that makes teenagers engage in social media cyberbullying is the need to exercise revenge their fellow peers. A greater number of online bullies have been bullied in the real world, and hence seek power that they cannot have in the real world on social media. For instance, a teen who is not physically strong may be bullied by their fellow peers in school and revenge on the internet. The anonymity aspect of social media cyberbullying, the contributing factors to this behavior among teens are a desire for power and revenge.

Teens have a greater sense of freedom using unmonitored devices which gives the ability to bully others online. However, this is different with the traditional forms of bullying where teens tend to be more strictly monitored by their parents, teachers, and their peers. Online bullies can maintain a certain level of anonymity, which leads to the broadcasting of harmful information to thousands of people at the same time via social media. Today many parents are reluctant to monitor their children’s activities online. Also, children are usually afraid of reporting any incidences of social media cyberbullying to their parents out of fear been revoked their internet privileges (Barnett 579).

Characteristics of cyberbullies and victims

There are those teens that are more prone to social media cyberbullying than others. Cyberbullies are those individuals that perpetrate the act. They tend to have weak relationship and emotional attachment with their parents. Consequently, cyberbullies are known to have insufficient parental supervision and likely associated with felonious peers (Ybarra, Marie, and Philip 43). Cyberbullying involvement is directly proportional to age. According to Gilkerson, social media cyberbullying is more prevalent among teens age 13 to 18. The younger children commonly engage in traditional forms of bullying as opposed to online bullying (Kowalski, Robin, and, Susan 25). This is attributed to the fact that younger children have limited access to technological devices. There exists a connection between substance abuse and cyberbullying (Ybarra, et al., 41). Also, there is a higher probability of traditional bullies engaging in social media cyberbullying activities (Ybarra, et al., 41).

It appears that the motives of cyberbullies and those of traditional bullies are similar, even though the characteristics of the bully seem to be different. Social media has anonymity standards that allow those teens that do not have confidence and will to bully others have an opportunity to carry out the act (Shariff, Shaheen, and Dianne 78). Times have changed, and those teens that are considered as innocent and cannot bully others are turning out to be the worst cyberbullies.

Research has it that girls are more prone to being victims of cyberbullying as compared to boys (Hinduja, Sameer, and Justin 210). Majority of social media cyberbullies are usually victims of bullying in other areas in their lives (Price, Megan, and John 51). Scholars such as Dehue et al., (35), have documented that teens victims of cyberbullying use the internet, unlike non-victims. Those teens that frequently access their social media accounts on a daily basis, they are more likely to experience online harassment. In a study involving 935 teenagers, the findings indicated that those with online profiles were most likely to experience cyberbullying as compared to those without (Mesch 388). The major problem associated with social media cyberbullying is differentiating and separating the cyberbully from the cyberbullied. After a victim of cyberbully has retaliated they are no longer victims but cyberbullies.

Social media cyberbullying is associated with multiple negative effects on the perpetrators, victims those who receive or view the act either in the form of text messages, social networking posting or videos. The impacts of cyberbullying range from psychological, social and academic effects. Social media cyberbullying could lead to psychological effects to those involved in the acts and could be long-term effects (Li 158). Teens could experience depressed and pressured feeling when they are going through cyberbullying. They could have a feeling that they do not have any alternatives. Such feelings result in teens leading gloomy lives. They end up having the mindset that no one cares about them or how the very. Another psychological effect of cyberbullying is that teens may find it difficult to communicate with others. They are most likely to live alone and rarely interact with their peers. They always think that other people view them as dangerous and it also leads them to believe that no one could ever believe them making them feel helpless, and some teens may choose to end their life.

Cyberbullying has been known to have academic effects on the teen victims (Mason 330). For instance, researchers such as Connolly, have revealed that more than eighty percent of teen victims experience poor grades after being bullied (Connolly 248). Scholars such as Wallace, have revealed that there is a connection between academic success and school safety. Bullies may opt to engage in aggressive behaviors rather than pursuing academic achievements, increasing their likelihood of dropping out of school (Wallace 735).

The increased cases of teen suicide over the recent years has been connected to the increased levels of social media cyberbullying. The suicidal rate among teens is higher particularly to those that have experienced online harassment either as victims or perpetrators. Victims of cyberbullying are most likely to consider committing suicide. The multiple cases that have happened over the recent years involved social media cyberbullying prompted teen suicides have had conventional national media analysis. The most popular incident is that of Tyler Clementi, a Rutgers University freshman who committed suicide by leaping off a bridge. Investigations into the incident indicated that his roommate had shared a video of Tyler having a “private moment” with a teen of same-gender online (Foderaro).

One of the most effective ways of preventing and combating cyberbullying activities would be through establishing strong linkages across schools, parents and social media platforms. It is important to have coordinated efforts at home, at school and online aimed at nurturing digital citizenship. Such coordinated efforts would help discourage behaviors that could lead to teen cyberbullying. Social media platform should take additional steps to prevent cyberbullying by incorporating reminder messages that appear on site encouraging appropriate use of the platform. In addition, social media sites should present their users with a reporting mechanism through which they can report cyberbullying activities they encounter. Schools should also put more effort targeted towards promoting positive use of social media. Teens should be educated on cyberbullying prevention and intervention strategies while using social media sites.

A state like Georgia has an anti-bullying legislation that provides students with some level of protection. The state requires that all the local school districts have a functional anti-bullying policy. Teachers and staff are expected to go through character education which involves teen cyberbullying education. Moreover, the statute advocates for anonymous reporting of bullying incidents.

Cyberbullying amongst teens has emerged as a problem that needs immediate attention. It is a new phenomenon that is only worsening the traditional forms of bullying. The anonymity features of cyberbullying and easy distribution of harmful information by teens about their peers makes it more consequential than traditional bullying. Cyberbullying has various impacts such as academic and psychological effects to both the victims and bullies. There have been increased cases of cyberbullying related suicides among the teens. Cyberbullying amongst teens affects students across the nation. Therefore, anti-bullying legislations should include an explicit defection of the issue and should cover the off-campus behavior.