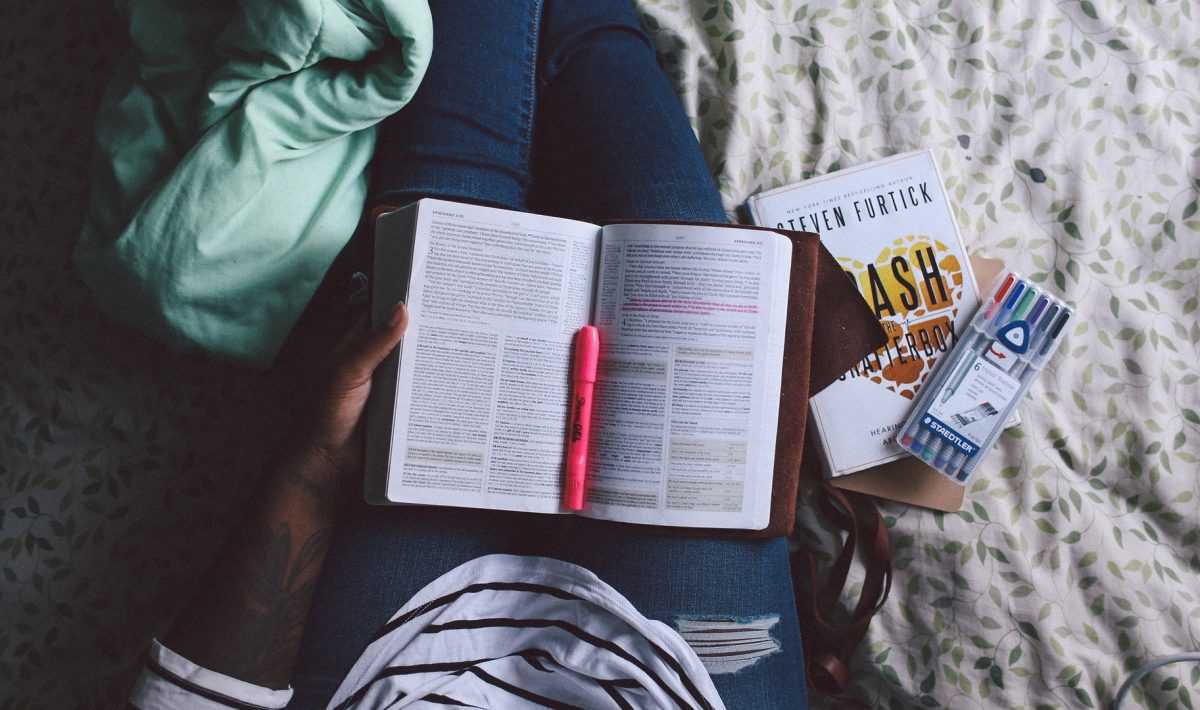 The paper provides an assessment of three articles describing various sociological issues. The first article describes the topic of the inevitable collapse of Capitalism in the society. The Communist Manifesto by Karl Marx and Friedrich Engels attempts to elaborate the goals of Communism and also the theory underlying the movement. The article brings forth the argument that the exploitation of one class by another (class struggles) are the driving force towards all the developments in history (Marx and Engels 8). However, there comes a time when the relationships stop being compatible with the emerging forces of development, after which a revolution happens leading to the emergence of a new class that takes up the role of being rulers. The process marks the “march of history” that emerges due to the great forces of economics. As explained by the authors, the fall of capitalism and the development towards communism is inevitable since capitalism is highly unstable, particularly in the developed societies. The authors present the thesis that the Communists will promote the associations and parties that will move history towards its natural conclusion, whereby the elimination of social classes will not merely come from changes in government or reforms, but rather from a revolution. The major lesson from the article is that the transformation of the society from a capitalist state to communism form which will ensure there is an elimination of the social classes will only be attained through a revolution.

Marx and Engels put forward the provocative argument that “the history of all hitherto existing society is the history of class struggle” (14). The statement implies that all changes in the society, such as in the political institutions and also the history itself, are due to collective struggle by individuals or groups of people with similar economic challenges so as to address their financial or material needs. The struggles have been there since time immemorial and have been for the economic subordinate social classes against the individuals in the superior social classes who opposed their interests and include struggle of slaves against masters or serfs against landlords.

As explained by the authors, capitalism is different from the previous eras in that it was considered the new enemy that was viewed by the new radicals as being responsible for the increased social instability as well as the emergence of an impoverished urban society of underclass people. As described in the Manifesto, the new enemy, capitalism, was associated with the negative aspects of private ownership of the various means of production. Capitalism was responsible for the division of the society into two classes, i.e. the ruling class (bourgeoisie) and the oppressed class (proletariat) (Marx and Engels 8, 14). The authors of the Manifesto describe the inequalities that existed in the society as the capitalists who own factories, mines, mills, and other means of production paid the workers (who provide labor for compensation) as little as they could get away with (Marx and Engels 8). The concept of historical materialism attempts to explain the decline of capitalism in that historical change is linked with collective actors whose aims are to realize their economic needs; thus there emerge class struggles leading to the replacement of one political and economic status with another new order.

The decline of capitalism is inevitable in that the productive forces of capitalism are ceasing to be part of the exploitative relationship that exists between the ruling class and the workers. The proletariat tends to realize that over the years, they have been increasingly exploited by the ruling class (Marx and Engels 14). The authors argue that the revolution against the division of the society into two classes is inevitable since capitalism is unstable. The primary drivers of the revolution in the society are the Communists who, after gaining control, will have the powers to destroy the process of private ownership of property; thus the classes will ultimately disappear.

The arguments and reasons by Marx and Engels, despite being written so many years ago, still have considerable significance today. The Modern Industrial society is characterized by an inherent class conflict between the rich/ruling class and the working class. However, as explained by Marx and Engels, the modern bourgeois society that has emerged from the destroyed feudal society is still crowned with class antagonisms (14). The new conflicts have established new classes with new rules of oppressing the working class, and also new forms of struggle that have replaced the old ones (Marx and Engels 14). Therefore, there is the need for a revolution that will overturn the exploitative relationship between the rich and the poor in the society and also destroy the private ownership of property, a step that will crush the classes in the society.

The second topic described is regarding the question of unequal education opportunities in the community. The first article on this topic is Education and Inequality by Samuel Bowles and Herbert Gintis. The authors claim that even though the promise of education is to empower the natural abilities over the intellectual inequalities of class, sex and race, there existing systems of education in the United States has done very little to attain the purpose. As argued by Bowles and Gintis, schooling has for a long time encouraged and maintained the existing social hierarchy, thus accelerating the inherent inequalities of race, class and sex (347). As observed by the founders of the modern school system in the United Staes, the capitalist economy is responsible for the emergence of great differences of poverty and wealth as well as disparities in social degradation and elevation (Bowles and Gintis 347).

According to the article by Bowles and Gintis, beyond the other instruments of human origin, education presents as the greatest equalizer of the conditions of people, as it acts as the balance wheel of the social existence (348). Other than disarming the poor of their hostility and hatred towards the ruling class, education plays a great role in preventing individuals from becoming poor. As explained by Bowles and Gintis, the provision of universal and free education is essential to alleviate social problems even without redistribution of power and or wealth, or even without changing the entire system of economy in the country (348). Similarly, even though the initial aim of schooling was to reflect the structure of social classes, education was essential in enhancing morality and wealth, aspects that benefit all members of the society.

From the article, various lessons can be learnt concerning education and inequality in the society. The first lesson is that the number of years individual school is dependent on the socioeconomic status of their parent (Bowles and Gintis 349). As explained by the authors, given that the socioeconomic backgrounds are defined on the basis of occupation, income, and level of education, a child from a wealthy background is likely to on average, be in school for five more years as compared to those children in lower socioeconomic classes (Bowles and Gintis 350). Therefore, the articles provide an eye opener in that they portray the challenges associated with being raised in low socioeconomic class as an individual is likely to be less educated compared to children in well-off families. Besides, children whose parents earn considerably low income or are in working class are less likely to receive the college education. Bowles and Gintis further explain that children from less well-off families have low likelihood to have graduated from high school. Similarly, such children have high chances of attending inexpensive two-year community-based colleges rather than receive baccalaureate programs, if at all they make it to college (Bowles and Gintis 351).

The US educational system has (historically) aimed at increasing opportunities for learning and also stabilizing an unequal society. Most public discussions of schooling emphasize the delivery of equality to all citizens in America since the K-12 education is compulsory to all American kids. Therefore, the public debates call for education for all children in efforts to stabilize the unequal American society. Similarly, as explained by Vinson and Ross, politicians and education reform advocates have agreed upon the need for standards-based reform in education that will ensure that will involve parents in the education system. The standardization has been aimed at uniting the different individuals and interests associated with the national and state standards of education (Vinson and Ross). The high-stakes testing would be responsible for balancing the performance of all students in American schools.

On the other side, the practical role of education in America is to increase opportunities for the learners as they become competitive in the world. Similarly, as explained by Vinson and Ross, the Department of Education in the United States was responsible for promotion of the standardization agenda, and in particular, the high-stakes tests that have been linked to retaining children in grades and also motivating the performance of students. In such moves, the students will be better placed to respond to the various challenges, not only those experienced in the school curriculum but also outside the school setting. However, the proposed policies regarding grade retention in education have been linked to damaging the success chances of students in education as the high-stakes testing does not motivate children to learn. Besides, Bowles and Gintis argue that schooling has supported capitalistic economic system since it accelerates the disparities in access to education on the basis of socioeconomic well-being (350-1). Children raised in less wealthy families are less likely to enjoy the benefits of education as they have low chances of either graduating from high school or even attending high-ranked universities.

According to the findings by Bowles and Gintis, there exists a relationship between schooling, natural ability, and social background. As explained by the authors, children with identical levels of intelligence at ages six and eight and have wealthy, well-educated and high-status parents have high chances of schooling as compared to their counterparts who are disadvantaged with less-favored socioeconomic class (Bowles and Gintis 351). In that light, individuals raised in less well-off backgrounds face the inequality of being well educated despite having high IQ as compared to those children from wealthy families.